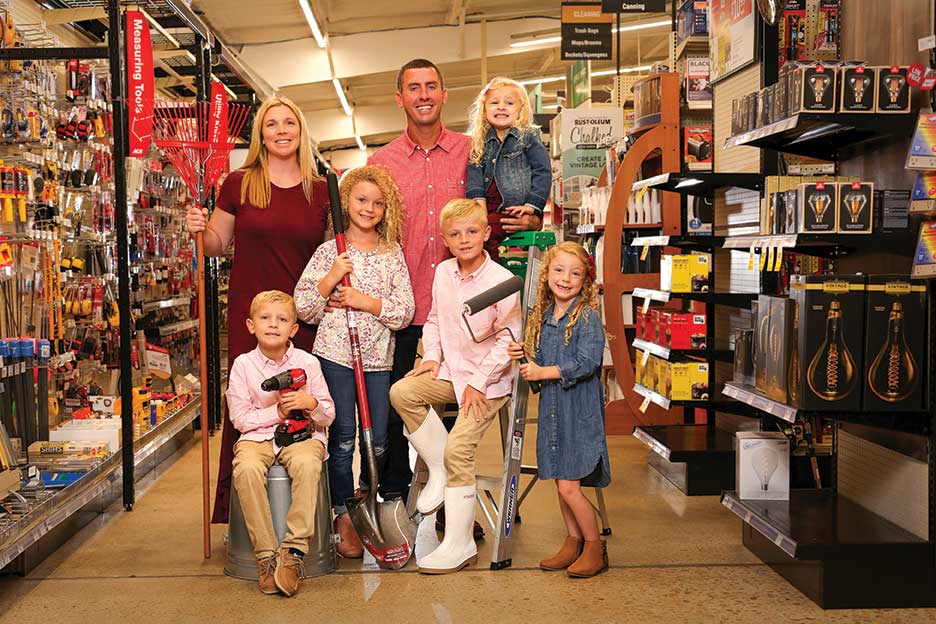 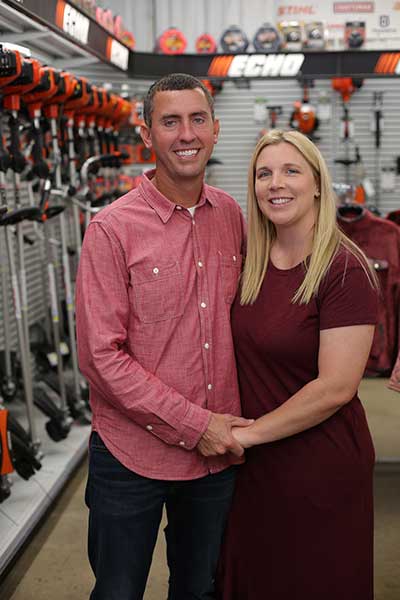 A Northern Neck local, Graylend Horn, graduated from Lancaster High School in 1997. Upon graduation Graylend attended Virginia Tech and the summer before his senior year of college he came home and took a job. When it was time to return for his last year at Virginia Tech he decided to start his own business instead. Running ideas by an accountant friend they landed on the idea of an IT service and Kaballero was born. Over the next eight years the company grew and expanded until Virginia Broadband bought it out in 2008. Part of the deal included Graylend staying on with the company for the next three years. While working with Virginia Broadband Graylend discovered the appeal of the local hardware store, especially in the Northern Neck and Middle Peninsula where everyone knows everyone and the local hardware store is the hub. In 2011 an opportunity to own a hardware store presented itself and he jumped at the chance.

In 2012 the Horns opened their first Ace Hardware in Kilmarnock. And that store was quickly followed by three more stores. The Horn’s West Point Ace Hardware opened in 2015, followed by Horn’s Middlesex Ace Hardware in 2017 and Horn’s Warsaw Ace Hardware in 2020. Graylend credits his success to the support of a great family and store staff. He makes a point of hiring employees based on their personality and then training them for their position. And he stresses that rather than the traditional boss/ employee dynamic he believes partnerships make for a stronger business model. He’s not their “boss” he’s their partner and the associates at all the stores become like family to he and his wife, Krystal.

And the store communities are also like family to the Horns. Over the years the stores have hosted benefits for families in need, cancer benefits for sick children, and donated to local little leagues among other organizations. In 2020 when schools were abruptly closed due to COVID all the stores jumped in and made and distributed weekly hands on learning project bags for local children. They also hosted a virtual prom, complete with DJ and during the Christmas season provided a social distanced Snow Globe Santa experience. “Children are important to us” says Krystal Horn “and we are fortunate enough to be able to give back”.

The Horns met in 2008 and were married in 2009. Their first child, Kinsley, was born in 2010. And as their businesses grew so did their family. Son, Kamden, was born in 2011 followed by a second son, Kyler, in 2013. Their fourth child and second daughter, Kallie, was born in 2014. This was the same year Krystal left her job as postmaster of the White Stone post office to focus on her family and their growing business. This was also the year the family van sported the license plate “4NOMORE”. But fate has a way of playing tricks on you and in 2016 the Horn’s welcomed their fifth child, a girl whom they named Kambriegh. This lead to a change in license plates and this time they went with “5ILIED”. When asked about raising a large family and running a growing business Graylend says “we like to divide and conquer and take one day at a time”.  With the Horns family comes first and “we’re use to the craziness” Krystal says “ we make a good team and at the end of the day we make it work”.